You are here: Home / Philanthropy 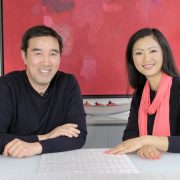 In my latest video, I sit down with successful Canadian entrepreneur Graham Lee to learn what it takes to build a thriving business.

Graham began his first business at five years old selling Halloween candy. His push to make his own money? Freedom. Years later after finishing school, Graham was driven to create value. So, starting down the path he believed would risk him the least financially, he began his first of many projects – in real estate. This would become the foundation which would later provide him with the freedom to do bigger things, particularly those for the good of the community.

Life as a CEO

Today Graham Lee is the CEO, president and sole shareholder of GSL group, Canada’s largest private designer, builder, owner, and operator of community ice and soccer facilities, and multi-purpose arenas. GSL’s mantra? Bringing people together through concerts, sports, events and more. Social engagement is at the root of all that GSL does, Graham explains with sincerity.

Graham says the driving force behind his ambition is the pursuit of a purpose beyond himself. He grew up learning by example from the people he was surrounded by; these were influential people in the community and the world, including his parents who were philanthropists themselves. Their integrity and class motivated him, he recalls.

How Do YOU Define Success?

Graham’s definition of success takes on many different forms, he explains. Principally, it is comprised of “what you can provide for the community, and pursuing your passion.”

Beginning the company first solo, Graham later realized the importance of hiring the right people to delegate to who could actually execute better work than he himself. The components of a successful environment that fosters this type of performance in employees? Freedom of thinking, flexibility, and helping employees find their entrepreneurial spirit. The product of this all? Employees succeeding beyond their own beliefs.

If you have a certain skill level or opportunity to do something for the community that’s bigger than yourself, you cannot waste that, stresses Graham. “Use what you’ve got for the best purposes, for your community.”

Got a business idea brewing? Learn how I can help you achieve your own financial freedom here. I’d love to hear your feedback, or if you have a similar story, please share with us in the comments below!